You are here: Home / USA / Florida / I’m Dreaming of an Expectation Free Christmas 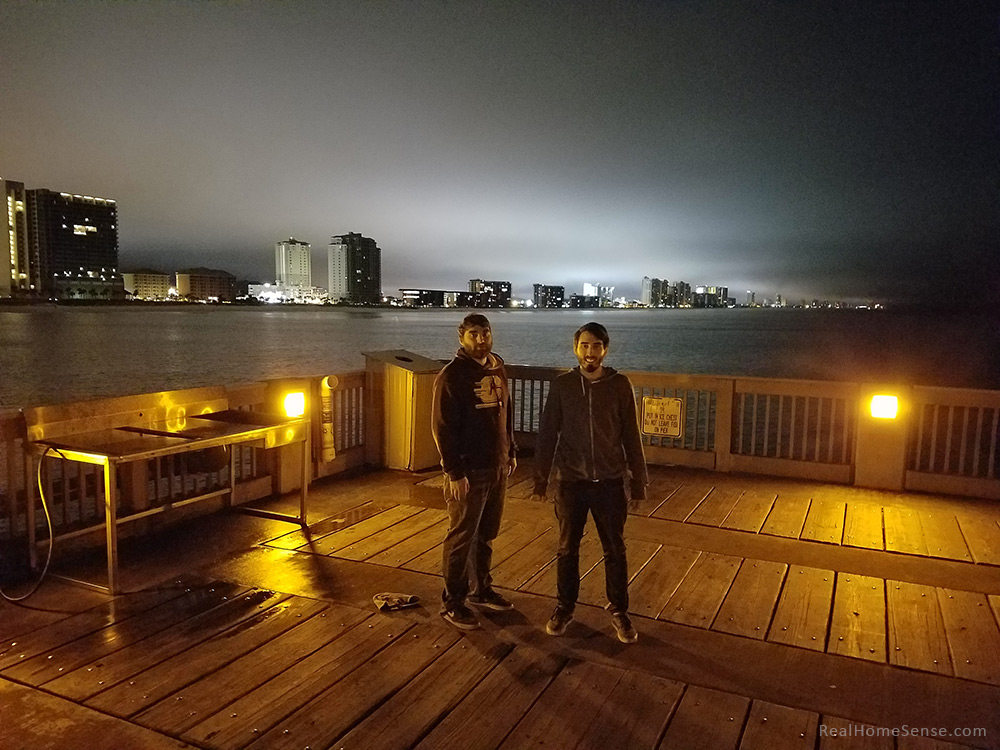 When you grow up in an area with four seasons, as I did, there are things you expect to do at certain times of the year.  When I was a child, summers meant a couple of weeks camping in Northern Ontario among the lush forests and Canadian Shield rocks and lakes. All our Halloween costumes were loose in case it was cold the night we went Trick or Treating, and the Easter bunny always brought us chocolate, which we promptly ate for breakfast.  My brothers and I expected these things.  It was a given that events would happen just as they had the year before.

The biggest expectation came with the Granddaddy of expectations holiday: Christmas. Christmas was always at my grandparents and it was meant to be white. If there was no snow on THE day of all days, it just wasn’t a REAL Christmas.

It was especially important for there to be snow because we might talk Nana into making Snow Toffee. Snow Toffee was homemade sugar caramel glorious-ness,  poured over a pan filled with fresh snow. It cooled fast and was fun to pull the soft, cool pieces off the snow, and pop them into our mouths.  There was never enough.

As I got older, snow lost its luster, and a White Christmas became less important to me but for my children, one in particular, it was a big deal for many years. So, when I invited my boys down for Christmas while I was in Panama City Beach, Florida, I wasn’t sure if they’d come. I hoped desperately they would, because I missed them with all of my being.

Would they choose to join me for a sandy, green Christmas?

After all, I left them.

Most young adults their age had childhood homes to return to, where year after year, the same traditions were executed in comfortable familiarity. My two boys no longer had access to their childhood home, not even the most recent one. I held onto it as long as I could… until they were mature and emotionally developed enough to set out on their own. I knew they didn’t need me anymore, and I didn’t want to live in the house on my own.

(Isn’t it funny how, when your children need you less, you need them more?)

Now that my children are adults I sometimes find it challenging to balance the mother I used to be with who they need now. Before, I was always organizing everything, keeping them entertained and happy. Now they don’t need me to do those things because they have their own plans, and prefer to make their own choices. It’s difficult to find the balance between giving them space and wanting to hug them constantly, because I don’t know when I’ll see them next. Or simply… trying not to get on their nerves, as mother’s seem to do, no matter how good their intentions.

I don’t think anyone missed the snow…. and we did some pretty cool things while they were in town.

We enjoyed my eldest’s excellent fire building skills, cooked food and sat around the fire… 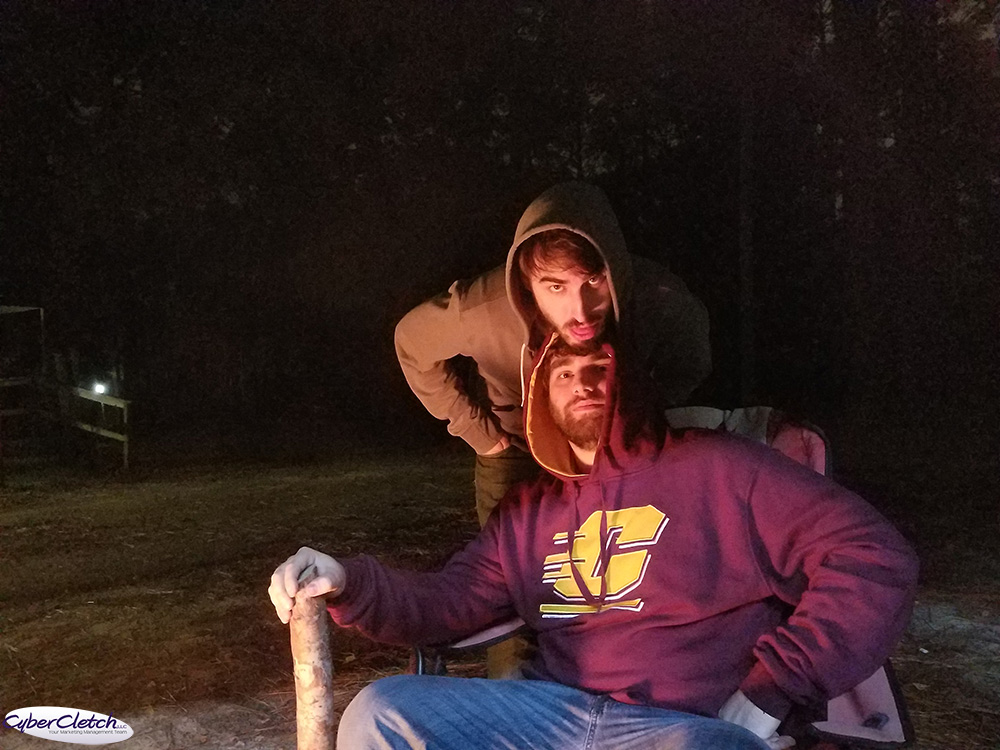 I decorated the camper with a little Christmas spirit. Instead of have a bunch of gifts to unwrap on Christmas morning and then having to worry about getting it all back home, I planned an activity for each day they were in Florida.

We took a day trip to Destin, Florida.  It’s a beautiful area but was much busier and more congested than Panama City Beach was at the same time of year.  If you’re looking for a nightlife, Destin has it!  In addition to a selection of bars there are fun things to do including zip-lining (which seemed to get stuck quite often!) deep sea fishing, previewing luxury yachts and eating at some interesting restaurants including McGuire’s Irish Pub.  McGuire’s is a 600+ seat restaurant with a ceiling decorated with dollar bills.  Patrons sign the bills and staple them to the ceiling. The dollars amount to millions and the restaurant has to count and pay tax on it every year.  Our government doesn’t miss a trick!  (You’ll see a few in the last photo of Brett below)

We checked out a nature trail in St. Andrews State Park where we hoped to see an alligator or two.  Shell Island is part of this park and during the warmer months there are shuttles and rentals for kayaking, snorkelling, and swimming but it was a little too chilly during December.  The services all shut down in their off season.

We spent an afternoon at Gulf World Marine Park where Cayce had an encounter with a dolphin.  Sold as “swim with the dolphins,” I was disappointed with how the experience was orchestrated and the multitude of others who were included at the same time.  My son enjoyed it though and that was good enough for me.

For a fun night out, I took them to Pier Park where we had some German food followed by a little friendly competition.

One of us laughed so hard they may have peed their pants a little, but I’ll never tell who it was!

We watched the sunset from the pier.

We even spent some time walking on the beach.

The time flew by too fast.  Not just the week over Christmas, but their entire childhood.

Perhaps growing up involves eventually realizing that holidays aren’t about snow or traditions… although those things are really nice…. holidays are truly about spending time with those you love, and continuing to love them, even when the holidays are not Christmas card perfect. 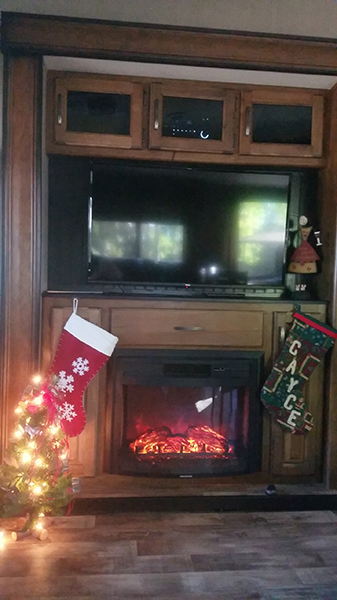 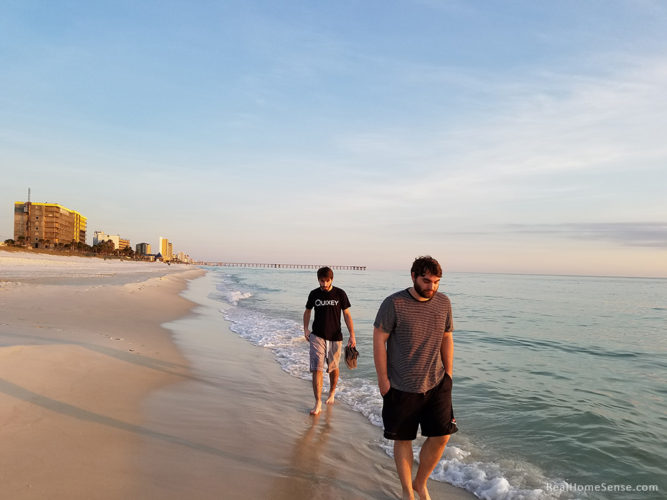