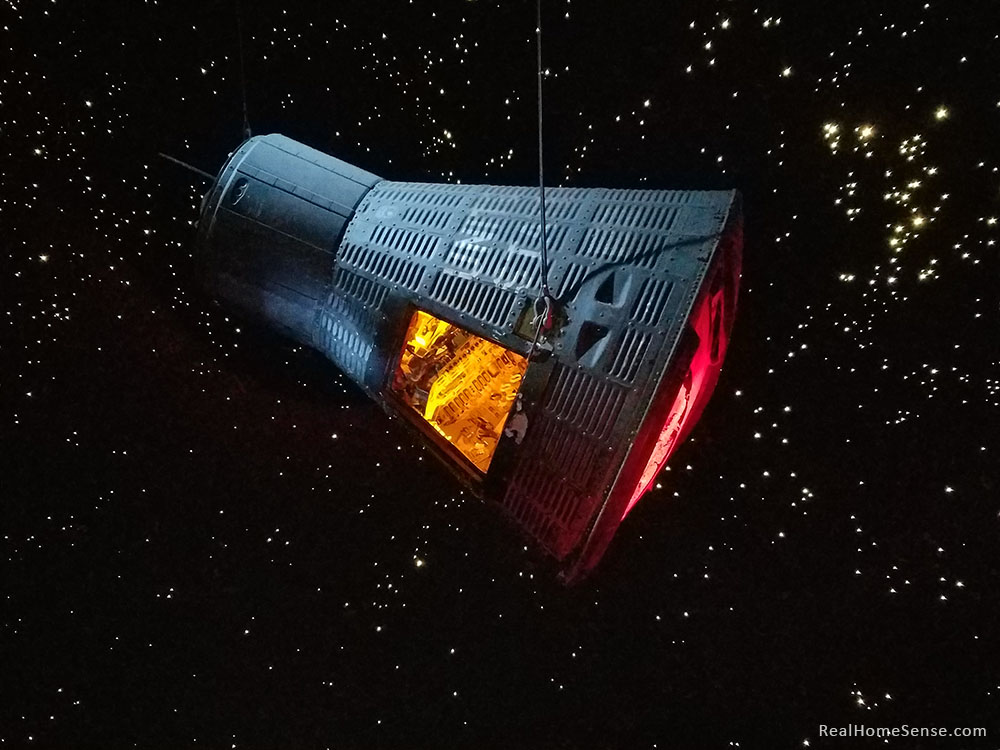 Does it matter? A good space story always captures the imagination. And now, with private companies entering the space race, getting further into space seems even more possible. As with most of the world, I’ve long had an interest in NASA since watching the moon landing, and hearing Neil Armstrong’s famous words. I was a teenager on my first visit to Cape Canaveral and took my own children back to the Kennedy Space Center years later.  This year I visited Space Center Houston and had a peek into the Johnson Space Center as well.

Space Center Houston is an educational science and space center with several exhibits, rides and artifacts from past space missions.  I was excited to walk into and explore the shuttle replica Independence. It’s mounted on top of the original NASA 905 shuttle carrier aircraft, which you can also enter. Even the Canadarm was there! 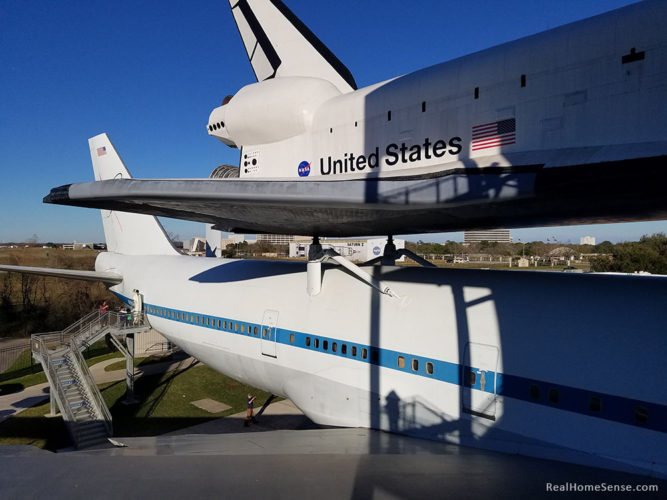 (Can you see me in the picture?)

Although I enjoy looking at the rockets and the tools astronauts used in space, my interest has always been on pre-rocket launch and the control room efforts during the mission.  Johnson Space Center is the heart of operations in this regard. Since the area is a working space center, entrance to this portion of the property is only accessible via tram tour, and tickets are limited to the number of tram seats available per day. 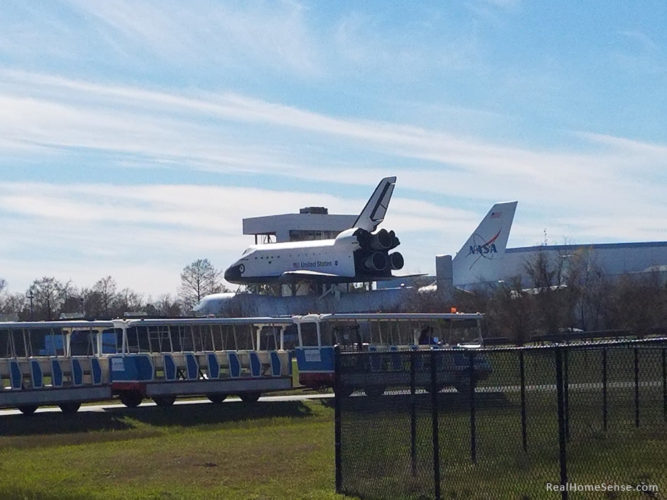 The tram tour includes information on several of the locations where astronauts train for space flight. The tram stops at Rocket Park, to wander among actual rockets that have been launched into space and recovered. 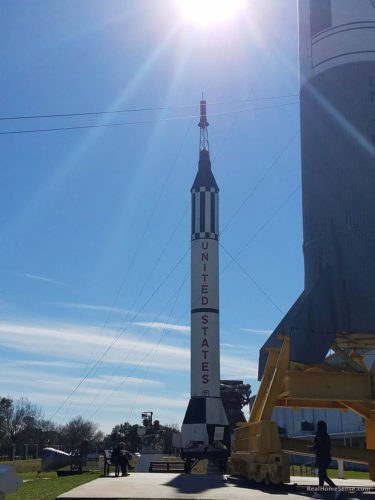 My favorite part of the tour was the stop at the Christopher C. Kraft Jr. Mission Control Center, also known as Building 30. 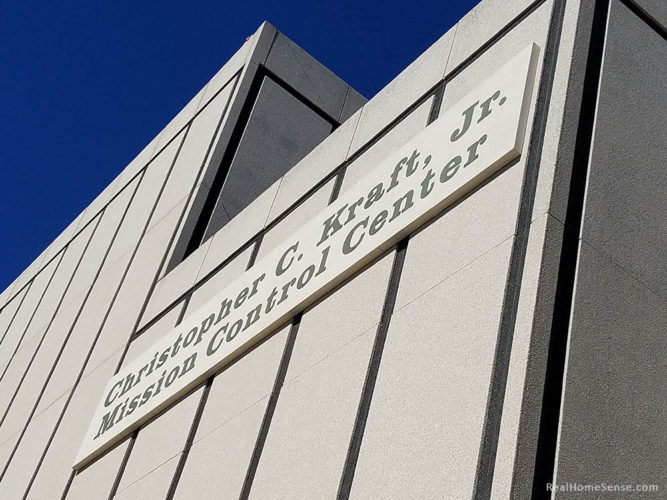 We quietly walked up several flights of stairs to watch the professionals who oversee the missions. Below is a picture of the International Space Station Flight Control Room that is currently operating in Building 30. We weren’t allowed to hang around or get too close, because there were lots of us, and not all tourists know how to hold their tongues. 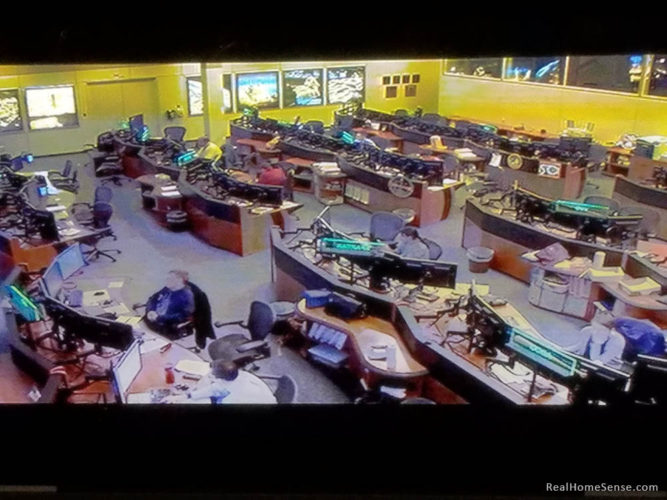 Mostly we got to look at an empty control room no longer in use but is getting readied for the upcoming Mars missions. If you’re interested in what they’re planning for Mars, there is an exhibit available for viewing at Space Center Houston. 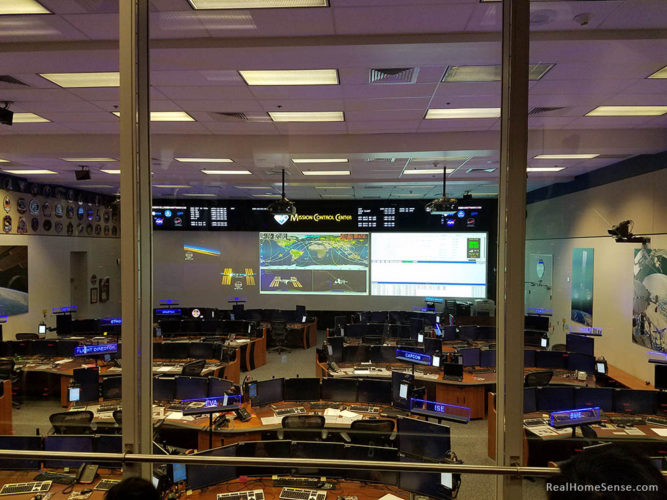 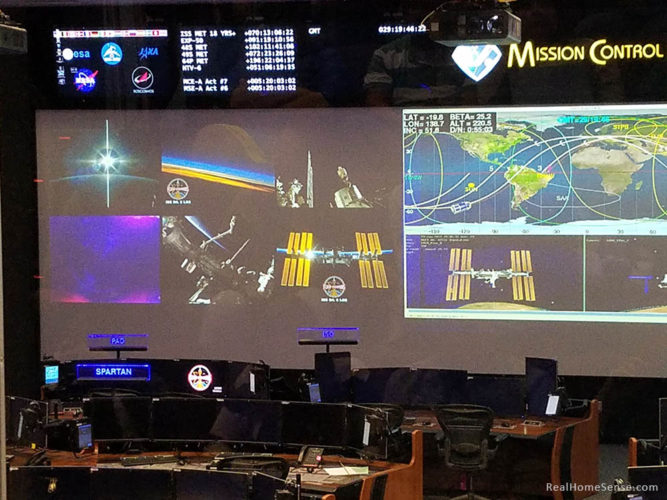 We also saw an older control room that is now a National Historic Landmark because it was the flight control room for Apollo 11, the first manned moon landing. There is theater seating outside the room and we had an opportunity to ask questions about NASA, its history, and its future. I wanted to know how many tax dollars went into the space program: On average, less than $5 per person, per year. A good investment for an imagination fueled by the possibilities in space.

After the tour of the Johnson Space Center, we took the tram back to Space Center Houston to wander around more of the exhibits, check out the artifacts, caught a movie… which I thought was Journey to Mars but ended up being Mission Control: Unsung Heroes of the Apollo Mission… and it was excellent.

If you find yourself in the Houston area, this is an interesting stop for the whole family. Tickets were under $30 and included the tram tour. If I had been there by myself I would have done the audio tour as well for $36.

Below are a few more pictures from our layman’s visit to space.