You are here: Home / Real Home Sense / The Sticky Floor / Where Would You Be? 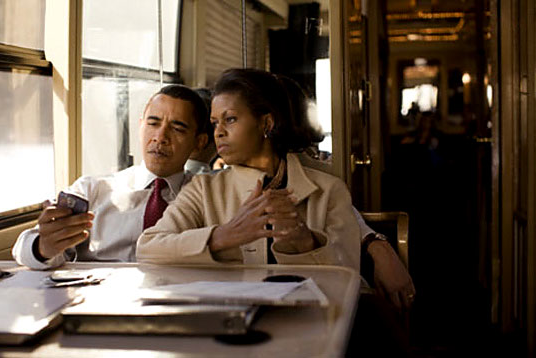 One night President Obama and his wife Michelle decided to do something out of routine and go for a casual dinner at a restaurant that wasn’t too luxurious. When they were seated, the owner of the restaurant asked the president’s secret service if he could please speak to the First Lady in private. They obliged and Michelle had a conversation with the owner.

Following this conversation President Obama asked Michelle, “why was he so interested in talking to you?” She mentioned that in her teenage years, he had been madly in love with her. President Obama then said, “so if you had married him, you would now be the owner of this lovely restaurant” , to which Michelle responded, “no, if I had married him, he would now be the President”.

The picture above is my favorite image of the Obamas; someone passed it onto me with the above story, via email. The tale is false but thought it ideal to illustrate a marriage point and a misconceived idea of mine.

You see at one time when I was young and ignorant, I believed that post-divorce a woman didn’t deserve alimony, that she could easily go back to work and support herself regardless of whether she had employment during the marriage or not. I do believe that divorced spouses should work towards being self-supporting but realize there are more considerations than just the money.

“The purpose of alimony is to limit any unfair economic effects of a divorce by providing a continuing income to a non-wage-earning or lower-wage-earning spouse.” FindLaw

Personally, I’ve found the challenges much more intense than ever imagined. I’ve always been the type of person who puts her head down and works until it is done. It hasn’t been as simple as getting money to help me get back on my feet. I am doing things in middle age that most people do in their early twenties. I’m beginning to build a career, when people my age have had a 25 year head start. By affording my ex the opportunity to focus on his career while I took care of all of the remaining responsibilities, he was able to build his income from nothing to extremely comfortable. He was able to do it at a time when he had youthful energy on his side when he was able to make mistakes and learn from them, so in the second half of his career, his experience would benefit him. He was able to do it in an economy that was supportive of his goals.

I am just beginning to build the career of my dreams, except I didn’t have the freedom to actually understand what that dream might be until now. I don’t have the stamina I had 20 years ago, so I have to work smarter without the luxury of a support system. I can’t afford mistakes at this stage of my life.

I know that if my ex didn’t have someone who took care of his home and children for him, his career would look entirely different. Given the same opportunities, mine would be different too.

How can you possibly put a dollar value on that?