You are here: Home / Real Home Sense / The Sticky Floor / Walk with Purpose, Run with Attitude 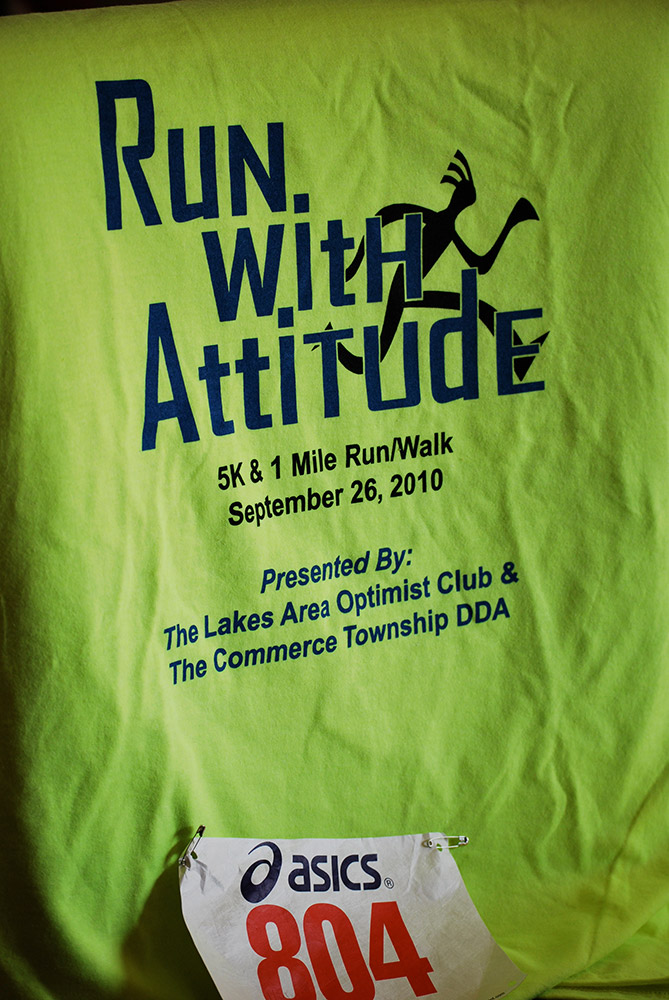 Three months ago I signed up for the 2010 Run With Attitude 5k. I gave myself enough time to train, but I didn’t. Work got in the way and I chose paying the bills over my personal welfare.

I’ve been exceptional at putting everything and everyone ahead of my own health. As a matter of fact, I have always struggled to prioritize fitness goals into my daily routine. The only exception was a few years ago when I found myself working part-time while my children were in school full-time; I consistently ran trails for a year and a half and I LOVED it.

Over the past seventeen years I was busy taking care of:

…everything and everybody came ahead of me. Initially, it may have been aversion, then unhappiness and finally just being overwhelmed by my responsibilities and aloneness.

While waiting to begin the 5k, I had the full intention of running the entire race. At worst I’d run close to 2 miles before having to walk a little.

I turned my iPod down to make sure I heard the starting gun and clipped it to my pants. The gun went off, I moved into the crowd not really caring what my position was in relation to anyone else. I clicked the iPod so the Nike pedometer would record my mileage.

I noticed I was ahead of a woman who I chatted with while waiting. Like me, she was not in the best shape but she had been working with a personal trainer who recommended she participate in this run. She was running slower than I, which made me momentarily pleased I wouldn’t be last to the finish line.

I was distracted and irritated with my iPod, I couldn’t roll my fingers around the circular face to increase sound; the plastic cover was reducing sensitivity. I tried, and kept accidentally shutting it off, I finally unclipped it and realized I’d also shut the off the pedometer in my fumbling. I’d run nearly 3/4 of a mile that would be unaccounted for on my personal tracking system. To add insult to injury, I was out of breath; I had been holding it while concentrating on the iPod.

I ran a little further and then slowed to a walk to quiet my struggling heart. The even breathing took a while, the self-disappointment did not. I wasn’t in the running headspace even after getting the music to play. I was frustrated because once again I allowed everything else to take precedence over what I planned to do. I wanted to train. I wanted to run the entire 5k. Why couldn’t I? I was mentally prepared but my body wasn’t cooperating.

I thought back to when I was running before. I had to walk before I ran. I started with one-minute increments and worked up to 5 miles! I stopped two years ago and I was expecting to be able to just do it? No matter how positive my thinking, I had to build the strength and stamina to follow through with my good intentions.

When my breathing steadied I ran some more and began to enjoy the path, trees and the fact I was outside, doing something positive for myself. When I slowed down to walk again I’d acquiesced and accepted my limitations. I was even thankful. If I were to go back in time 3 months or 18 years, would I prioritize differently? No. Given the support I had and the time available, I’d still make the same choices. This realization allowed me to stop being hard on myself and instead provided emotional security that I’d done the best I could.

I ran to a fork in the road and was directed right, within minutes the finish line was in view, I had been directed the wrong way! I turned around and ran the same path back to the fork, where the attendant apologized. I didn’t mind. In fact, I was happy to come up behind the woman I had chatted with previously, she was now ahead of me. Was I in the last position? It didn’t matter, I was out doing this for myself.

Running had gotten easier on my heart rate and breathing but the stone path made the soles of my feet feel like I was running barefoot on sharp rocks. I walked/ran while chatting with my new friend. We completed the last of the race together and crossed the finish line simultaneously. I don’t know if we were last and I don’t care. I noted the time (48 minutes) and made a mental note to improve on it.

I decided to cut myself some slack and consider the whole picture. There are many other areas in my life that I have found success because I invested the time. If I want to take care of myself, I need to prioritize my life so that my health takes precedence. I’m doing more than I was, it takes small steps to make long-term changes.

This 5k wasn’t a failure, it was a baseline. A starting point to compare my abilities to next year when I will run the entire race. In the past I prioritized my life in certain ways for very good reasons, those reasons haven’t changed. I’m proud of the time I invested in my children, my company, and my education. I will always put my children first because THAT makes me happiest.

I’ll walk with purpose and run in increments. When my breathing is regulated and all feels well, I’ll run a full 5k – with attitude!

There’s no longer a need to double back, I’m going in the right direction at a speed that is best for me. 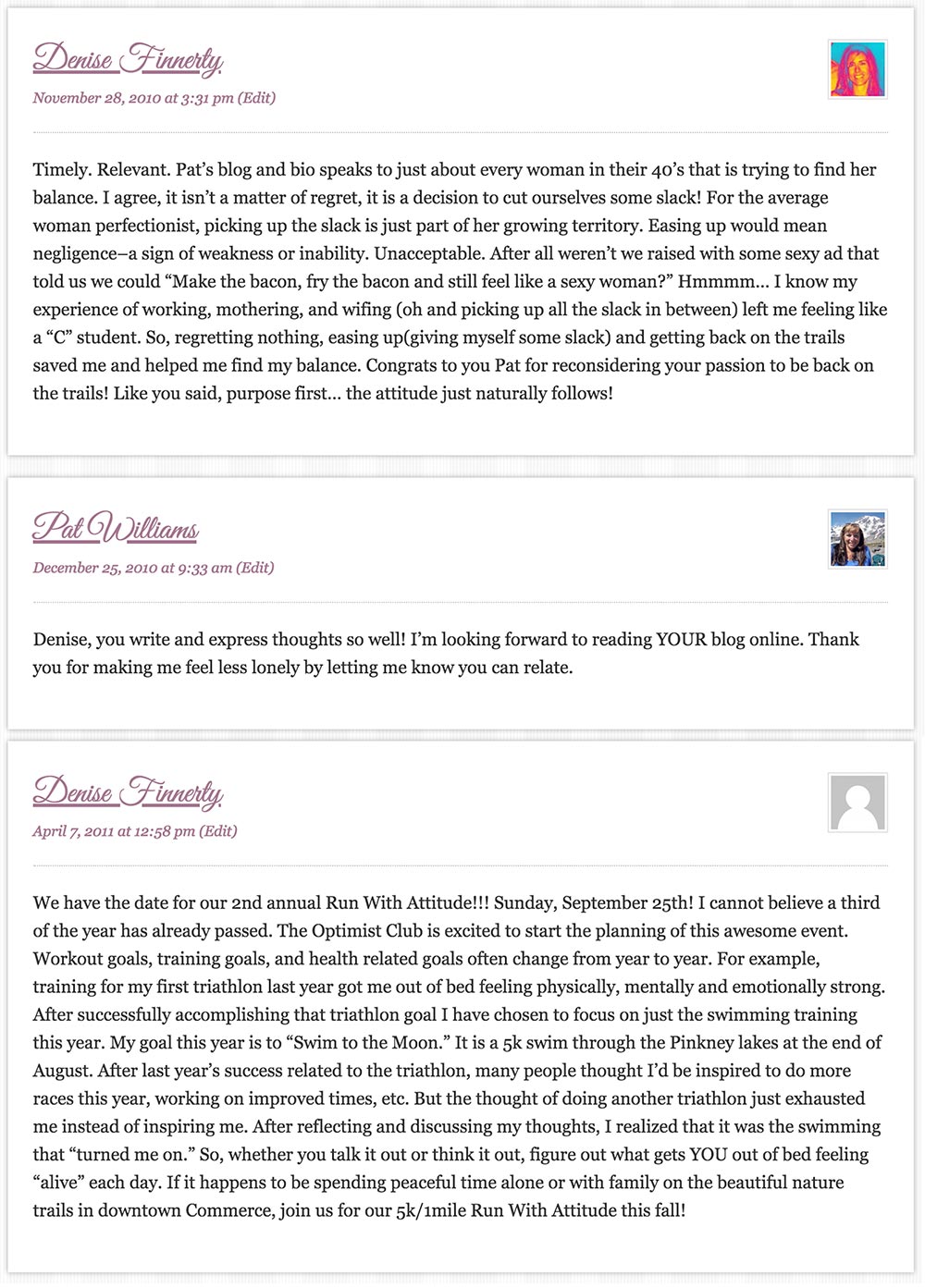