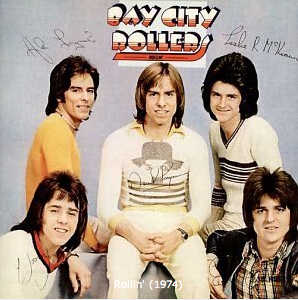 I was laying in bed after my first Christmas Eve alone and for some unusual reason I began to think about the gifts I wouldn’t likely be getting in the morning. I’m sure my kids will give me something, but as teens, my gift is probably not on their priority list. I know my mother’s wasn’t when I was their age. You probably have decided I’m a materialistic person, but if you lived my life with me for the past 30 years, you’d know without a doubt that I’m not.

I tried to remember all 45 of my previous Christmas mornings…. the last time I got a gift I was truly excited about was around 1975. Santa brought me a Barbie Townhouse. He set it up in all of its three-story glory. I had a run of a few good years where anything Barbie was a success. Then I moved onto the Bay City Rollers… but my family didn’t….at least not until 5 years after the band’s rise and fall. The albums I got in the late-80’s must have registered when my family saw them in the bargain bin at Kmart.

Then I got married, and with the innocent exuberance of a newlywed, I thought the gifts would be thoughtful, considerate, and something I really wanted. To be honest, I don’t remember if they were or not. I was probably shell-shocked after opening “The Joy of Sex” (volumes 1 & 2!) in front of my grandparents. (Another blue light special, I’m sure!)

Truth be told, Christmas was scary. As the sole budget responsible adult in the relationship, and a stay-at-home-mom, I had none of the earning power and all the magic. My wand had to turn a single paycheck into 1.5 times its actual worth nearly every month. I cringed when I got useless gifts because it meant I was going to have to cut something else of mine to make up for the shortfall. Luxuries like underwear, or replacement clothing for the maternity clothes I’d worn years after I was no longer pregnant.

I lost my love of an exciting Christmas for myself in those years, instead, I lived it through my children. I made sure they were grateful for the one or two important items they got.

This year is my first Christmas as a single parent. I have no wands to wave and no credit cards to pay off. Christmas is peaceful. Getting a gift that makes my heart race isn’t about the money. It’s not about having the latest and greatest gadget. It’s about knowing someone… anyone… cares enough to understand what is important to me.

This Christmas morning ask yourself, have you given something thoughtful to the people you love? You’re almost always sure to succeed if it has an elevator…

I need to update this post to say Christmas was wonderful. My children came through with the best gifts I’ve ever received. Not because they had huge dollar value but because they displayed thought and consideration for what I would appreciate. The gift was the incredible feeling of being “known”.