You are here: Home / Real Home Sense / The Sticky Floor / Leaders, Followers and Those In Between 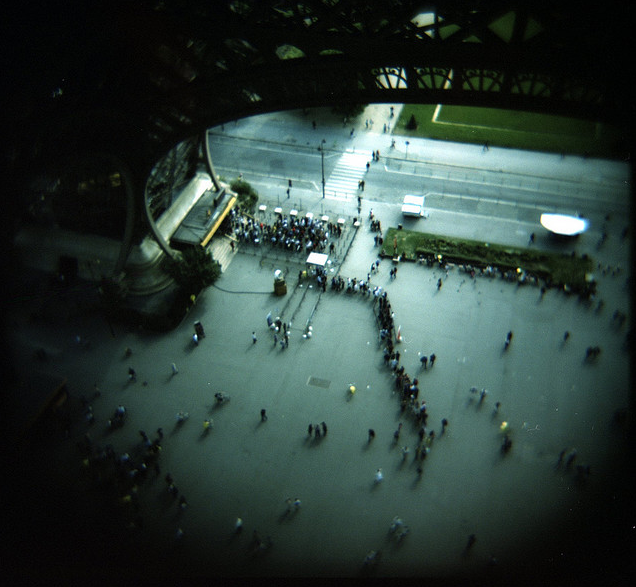 And yet, we refer to people as “leaders” and “followers.” This isn’t just in business, but also in our personal lives.

I submit a third classification: Chameleons.

The people who can be either leaders or followers, as needed. They’re not true leaders, they are able to emulate true leaders. They just as easily fill the role of follower.

When corporations and business people speak of being “promoted to the level of incompetence,” Chameleons are the people being promoted in these cases. Consider this: they have been promoted to a position where a role model is lacking. Chameleons can perform in nearly any role as long as there is someone to emulate. Without a role model in their present or past, they become lost.
They are not true leaders, they don’t know how to forge ahead without a blueprint.

I’ve been reading a book with a friend Stop Walking on Eggshells: Taking Your Life Back When Someone You Care About Has Borderline Personality Disorder

and I realized that Borderline Personality Disorder (BPD) is likely a result of a natural need for Chameleons in our environment. As a matter of fact, I submit that they are integral to our survival. They are the personalities that are able to flip from leader to follower and back again based on what roles society needs filled at that time.

Currently, individualism is revered, I suspect many Chameleons are feeling lost and afraid because they are uncomfortable with finding their individualism.

Individualism doesn’t feel natural to a Chameleon. In reading the book, I realize I know several people who could easily fall within a BPD diagnosis. I have amazing stories of people in my life who have elicited Chameleon-like behavior. Stories that made no sense until I read the book about BPD and began to understand the personality traits involved.

I wonder how self-perception may improve for individuals diagnosed with BPD if they understood their true purpose was for a greater good?

Perhaps society will realize that being a good follower is just as important as knowing how to lead because one role would not exist without the other. I wonder when, and if, society will recognize Chameleons and the role they fulfill within our natural order.