You are here: Home / Real Home Sense / It Was More Than Just a Car 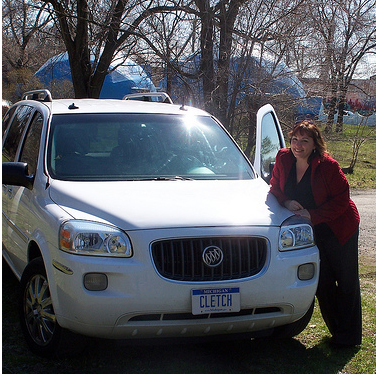 “Mrs. Williams, your car was in pristine shape except for a small dent on the front side.”
“Yes, my husband did that too.”

The accident wasn’t his fault, but I’m angry anyway. And relieved he wasn’t hurt. Probably hard to believe since we’re a month away from finalizing our legal separation. Should have been this month but the judge would only allow us to delay 30 days. Regardless, I don’t wish him any ill will, I just want to get on with my life, but I can’t due to financial circumstances. All our equity is tied in our beautiful house. We’re drowning by upside down mortgage and he was laid off a month ago; the reason for the legal delay.

I haven’t been happy having to share my car this past month. He had a company car, so that went with the job, the regular pay, the phone, the laptop and the commission money which had been dwindling anyway.

So he’d been using my car and leaving me tied to the house once again.

“Mrs. Williams, it’s not likely you’ll be able to get the same car, the Buick Terraza was only made for one year. You’ve got a model that’s fully loaded. You had a lot on this car.”

Yes, I did. I remember how excited I was when we bought it. I wasn’t able to finance it under my name because my company was still fairly new, so I begrudgingly allowed it to put it in my husband’s name. But the car was mine. I paid for it every month for almost 4 years to the day. I had 12 months left on the loan, and being that we were separating, I was looking forward to paying it off and getting that expense off my plate.

Prior to children I had leased cars. Just before our first child was born in 1993, my husband got laid off. It took him 6 months to find a job and in that time I had to turn my lease in to save money. When the second child was born, necessity forced me to pick up an inexpensive used Ford Festiva for $1500. There were no upgrades, not even air conditioning, which was difficult to live without after we moved from Canada to Columbus, Ohio. I had that car for four years.

So when I chose this car, I chose it for the convenience of having a video player in the back to entertain the kids, the 6 CD player in the front, the OnStar security, the heated leather seats and for the SIX cup holders I had access to from the drivers seat. When I drove it, it was the most comfortable car ever. I easily got in and went for 14 hours at a time without any back complaints.

When I got my Buick I got my freedom back. Being at home with little kids without a car and then without a reliable car, had made it difficult to go anywhere except to the grocery store. Since my husband was a traveling salesman and we didn’t live near family, it was normal for me to go weeks without any support or time off from the kids. The difference between him traveling and being home was he cooked dinner when he felt like it and I could go to the bathroom by myself. And I was thankful.

Deciding to end my marriage after 18 years was sad, facing the possibility of losing our house and equity was difficult, but at least I had my car. With that I could go anywhere and do anything.

“I’m afraid, Mrs. Williams, that it’s just not worth repairing.”

Sometimes, you just have to cut your losses and walk away, no matter how much it hurts.

Note: I’m taking down my website The Sticky Floor and moving the existing content over here.  This was originally published on May 21, 2009. 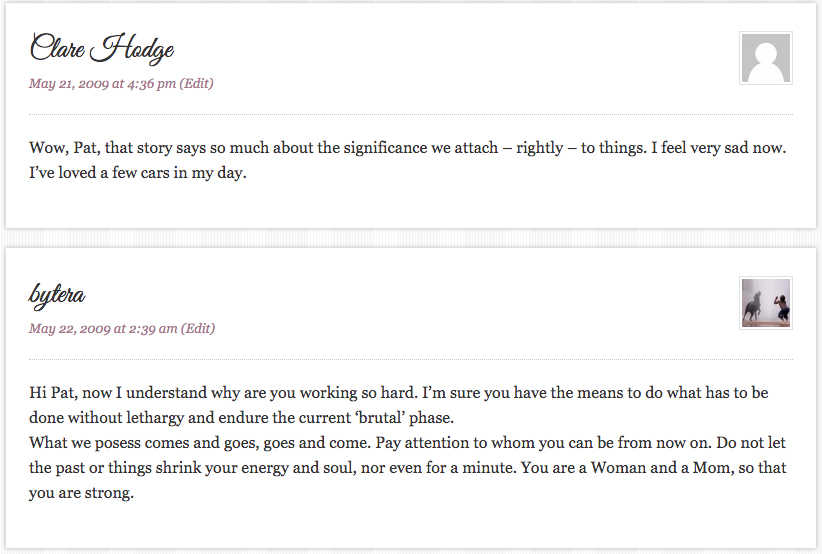 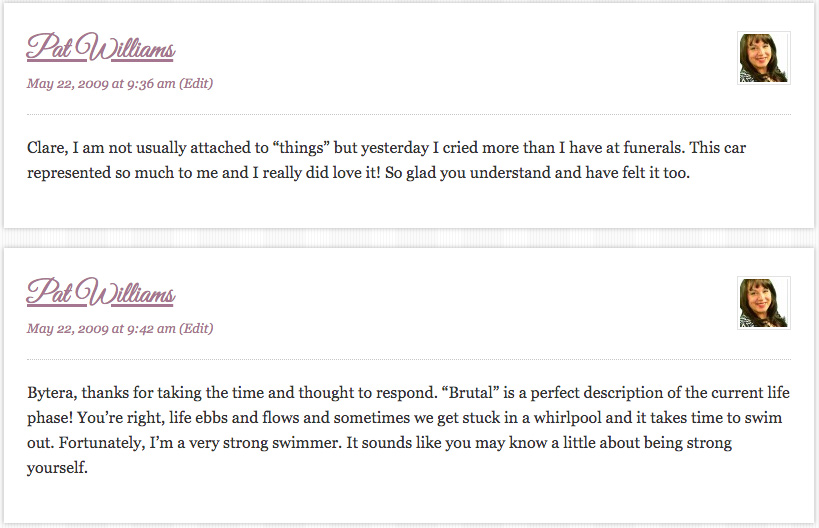 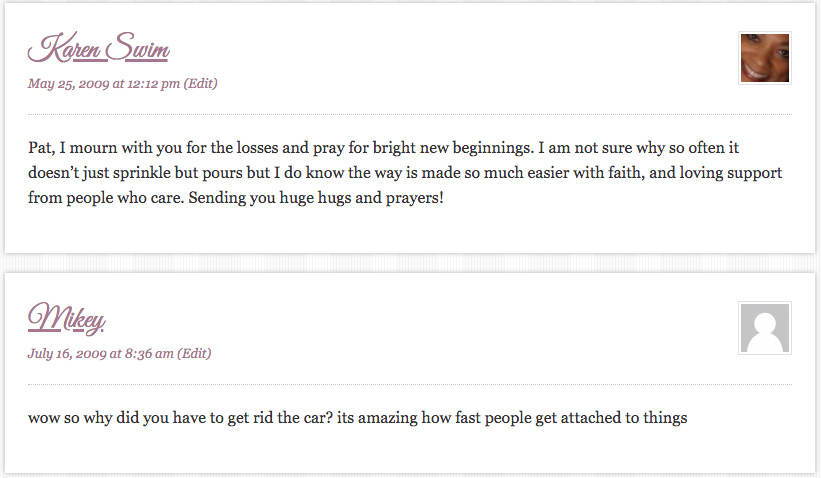