You are here: Home / Real Home Sense / The Sticky Floor / I Don’t Like My Children Right Now 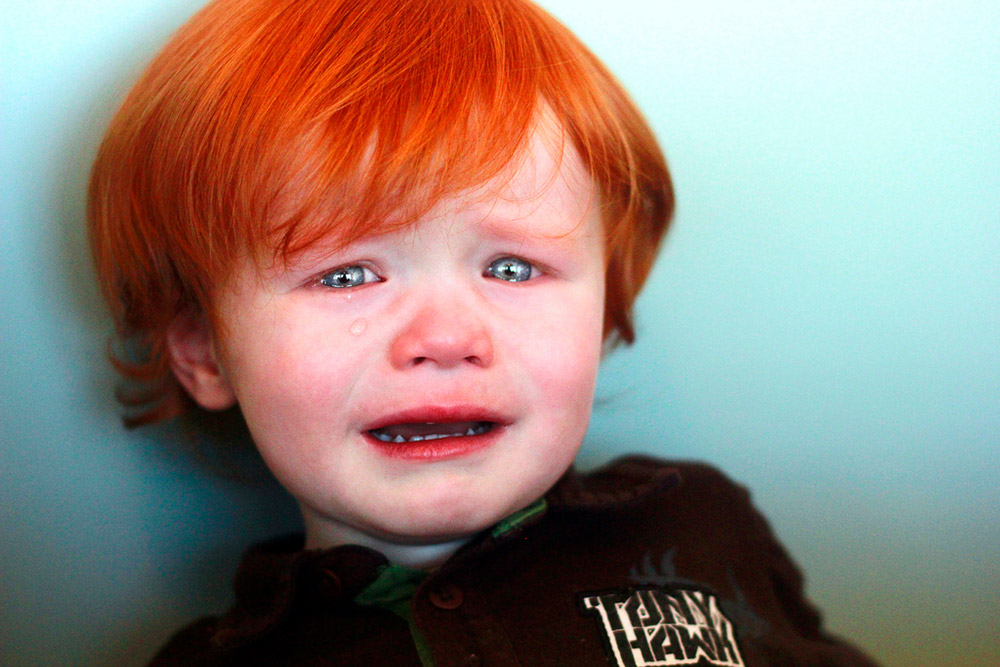 The following article was from a column I wrote and was published in the Wasaga Sun on July 30, 1997.

Now that you’ve finished gasping and thinking terrible things about me – I’ll explain.

I love my kids. They’re the best thing that’s happened to me, but at times they are also the worst. Every parent has secretly thought this, and many have hidden those feelings out of guilt and remorse for thinking it.

My youngest has been sick with yet another childhood disease. He wakes up continuously throughout the night, too sick to know what he wants. Asking for reassurances, he’ll punch and kick me when I try to give them and scream hysterically when I offer him space. It is an exercise in frustration for both of us.

I know it’s temporary, and I feel badly that mommy can’t make the ouch go away, but it doesn’t change the fact that he’s extremely difficult to love at these times.

He’s stopped talking – presumably because of the painful lesions in his mouth. He screams and points instead. Put this behaviour with a typical two year old and it equals a less than desirable personality.

Normally I have the patience of Job, but without sleep I find I have to resist the temptation to join him in his juvenile flailing.

My tolerance completely disappears when his older brother finds humour in prodding the toddler into hysterics. Add this to the fact that he’s attached to my leg every waking hour while I’m trying to cook dinner, powder my nose, get dressed. The time it takes to accomplish essential household tasks increases fourfold.

My neighbour, who also has two boys eighteen months apart, tells me it’s okay not to like them. Her boys are teenagers now and she says she is very familiar with the emotion!

When relief comes in the form of my husband, I escape to spend an hour undisturbed by myself. That’s all it takes to recharge my batteries. Once I’m feeling human again the guilt kicks in and I feel terrible for being impatient when my children need me most. Besides love, I think guilt is the most common emotion a mother feels – but that’s a whole other column!

I guess I just needed time out. Perhaps it’s okay not to appreciate your children sometimes, as long as it’s their behaviour you don’t like – not them. 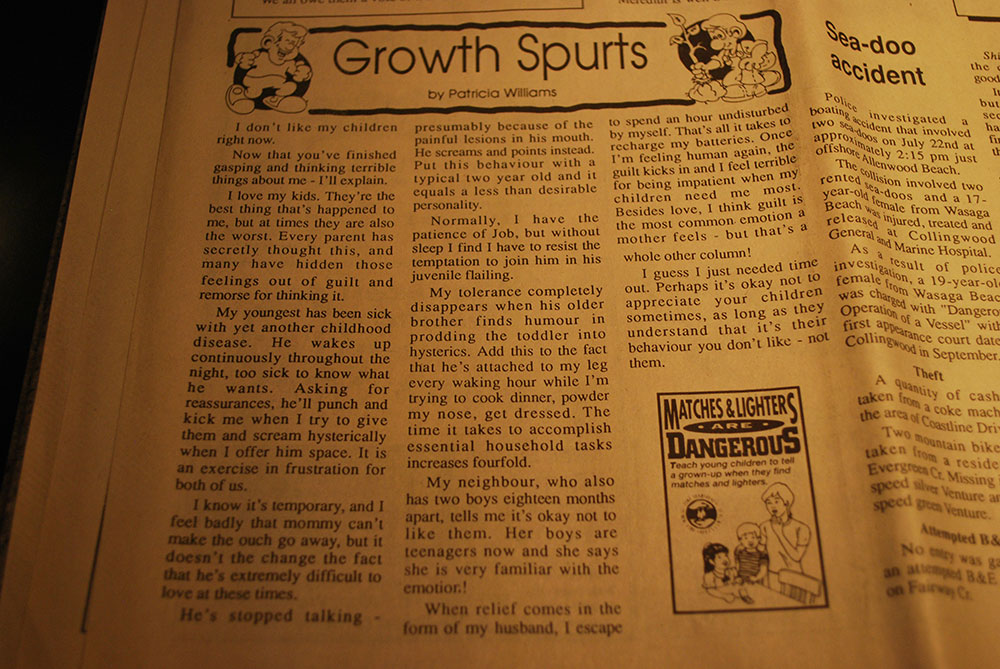